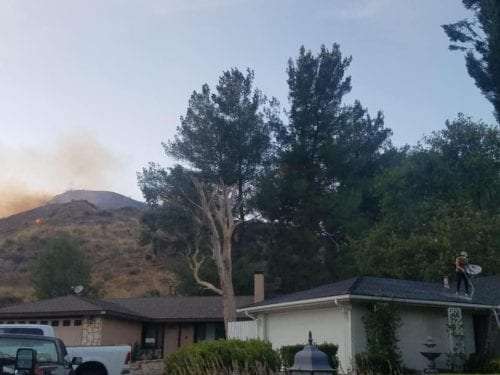 Best Custom Screens shop staff couldn’t get to work on Thursday October 24, 2019.  Danny Sandoval & Tony Meza commute together to work every day. They were traveling on the 14 freeway which was completely shut down and were attempting to get around the chaos on the surface streets. When Danny Sandoval gets a call from his sister Andrea Avalos, stating that the fires started right next to her house and that she is at Disneyland with her family. In addition, their dogs are still in the backyard of the house. The two men both decided that they were going to go to attempt to get to the house. Driving up as close as two to three miles from the house, they started walking up the smoke filled road towards the home.  Both men said “It was difficult to breath and luckily a gardener in the area helped us out and gave us a ride from about half way up.”

When they arrived to the house the families two dogs were outside with ash on them and were happy to see a familiar fact. While Danny cared for the dogs and watered around the outside yard and walls of the house, Tony got on the roof wetting down the roof so the house doesn’t catch fire.  Tony’s only comment was “Dang that was crazy, I’ve never went through anything like that.” After Mrs Avalos sent some words of appreciation to Tony and his response was “Anytime I am here to serve.  I am glad I could help.” 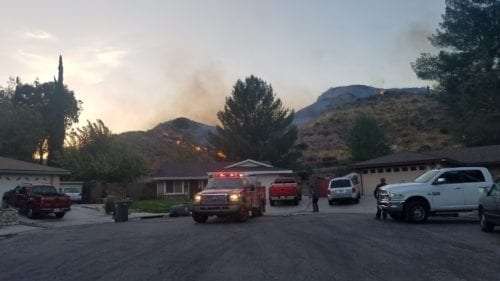 The following is a few words from Mrs. Avalos;

Steve, please thank your employees Tony for me too! He and Danny walked straight into a fire area for miles without a car to get to my house. He helped Danny hose it down and get the dogs and stuff outta there.

Additional Post from Facebook: Thank you to my awesome neighbors for holding it down and putting up with the hundreds of texts between our group chat, you ladies are freaking amazing! Thank you to my little brother Danny who walked toward the fire to get to my fur babies and hosed down my house and saved my pictures and documents. You are my hero 🦸‍♂️ and I can’t thank you enough for the peace of mind you provided during such a scary time when the fire was only 2 houses away! You. Are. The. Best!

In the end they two men got the dogs out of the house and brought them to safety with family in the San Fernando Valley.  These guys are hero’s and who said chivalry is dead! 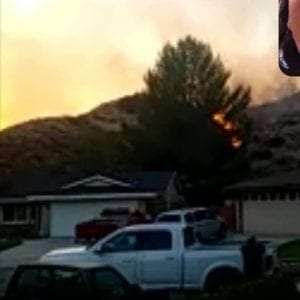